Recently, I discovered an interesting feature update avaliable in Azure Active Directory that will allow organizations to invite external users to access apps provisioned as an Active Directory application with use of an external identity providers. Before this kind of external authetication of users was only possible for externals users having thier own AD account and inviting those users as guest users via Azure B2B. This option opens a new door for B2C authetications scenarios of Azure AD apps too.

Dynamics 365 is an Azure AD application and hence the implications of this feature that open doors to a whole new market that remain untapped because of Azure AD authentication requirement for Dynamics 365 users. The only possibility that was viable before, was by allowing external users to access Dynamics 365 data via Dynamics 365 portals where a 3rd party authentication was possible to integrate.

This feature is still in public preview as of today, so we have to wait for few more months probably to get support on this feature from Microsoft.

Community Link describing the technical details of the integration

The external identity provider should supports the SAML 2.0 or WS-Fed protocol. In the below video I made an example of this feature, where I used Google identity provider to authenticate a user into Dynamics 365. 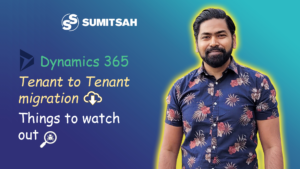 Recently, I had an rare opportunity to do a tenant to tenant Dynamics 365/Microsoft 365 migration for a public... 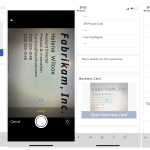 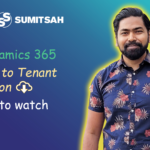 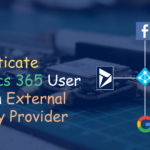 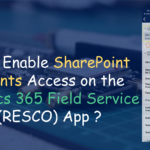